VDAB (best compared to the Dutch UWV or the UK’s Job Center Plus) has deployed speech routing, replacing an IVR that customers found difficult to use. As far as we know, VDAB is the first Flemish organization to structurally apply speech routing. Frequent internal call transfers are also a thing of the past. 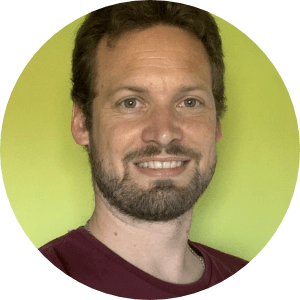 VDAB (Vlaamse Dienst voor Arbeidsbemiddeling en Beroepsopleiding – Flemish Department for Employment and Vocational Training) is the Flemish equivalent of the Dutch UWV Werkbedrijf, the part of UWV that takes care of labor mediation and reintegration on behalf of the government. If your mission is to support Flemish citizens in their career development, and you want to encourage citizens to develop their talents, then your services must be good and accessible. VDAB therefore wants to be an excellent and customer-oriented service provider. “I think we are doing relatively well,” says Niek Verlaan (Digital Services Technical Specialist, VDAB) about the image of the service. “We are innovative as a public service. The website scores well. Of course, we are a government agency; many customers expect, for example, that they have to go to an office to get support from VDAB. We are a well-known brand in Flanders, but some employees and jobseekers do not know exactly what they can turn to VDAB for.”

Verlaan is in charge of all technology in the VDAB contact center. He acts as the link between IT and the business, and is part of the customer contact organization that serves various groups: employers, jobseekers and employees. Each month, the VDAB contact center handles around 70,000 contacts, most of which are people who register as jobseekers or who need additional information. There are also questions from jobseekers who are receiving coaching or training from VDAB. Employers also have contact, but mainly digitally, for example when they want to post a vacancy.

“VDAB naturally wants to make the customer experience as smooth as possible,” explains Verlaan. “That starts at the entrance: how do you, as a customer, get to the right agent without too much trouble? To a much greater extent than commercial players in the field of employment mediation, training, education and coaching, VDAB has a far-reaching social role. Some of its customers have a somewhat weaker position on the labor market, and we also have to deal with non-native speakers. These groups are not always ‘digital savvy’, and the target group’s language skills cannot always keep up with VDAB’s jargon. In concrete terms: non-native speakers had been having difficulty with the menu structure of our IVR. It is quite difficult to translate your own internal processes into an IVR structure that is understandable for all customers – without jargon it is almost impossible.”

The result: of the calls that came in to the employer specialists, almost half were not intended for them – which led to 46% of them being transferred, Verlaan explains. “While we strive to get people connected to the right employees as easily as possible. As a result, the IVR is a negative outlier in the customer satisfaction survey.”

In its vision, VDAB has expressed a desire to strive for excellence in service provision. Verlaan explains: “For example, we strive for the highest possible percentage of first call resolution. The staff are highly and broadly educated. We have a back office, but it is quite exceptional for a customer to have to deal with it.”

VDAB also faced other challenges: there was a need for a better customer view and the contact center solution was in need of renewal. VDAB launched a European tender in 2017, as part of the renewal plan to remove a number of bottlenecks. This plan included a renewal of the contact center platform that had to be suitable for skill-based routing, IVR, telephony, email, fax, traffic management and reporting, among other things. In addition to a new platform, the tender also includes separate lots for a voice solution (as an alternative to the IVR) and solutions in the areas of chat and co-browsing, social media/web care, WFM and recording.

Verlaan explains that VDAB had already been introduced to speech technology during a workshop at which, among others, the Dutch company Telecats gave a demo. “Telecats already stood out with their practical solution for speech routing, for which they have demonstrated several successful applications. They also did a good job of explaining what is and isn’t possible – demos often promise all sorts of things, but the results are ultimately disappointing.”

After a challenging tendering process – with almost 500 requirements and award criteria – two parties remained in early 2019, with Telecats winning the ‘voice lot’ and another party (NTT) the other solutions. Initially, a lot of energy was put into the security aspects of the integration between Telecats and Genesys. But the language model also had to be custom-made – because in Flanders the Dutch language has other typical characteristics.

Verlaan: “When implementing voice routing you start – also in our Flemish language area – with a standard Dutch language package. For three months in the autumn of 2020, we directed ten percent of incoming telephone traffic to the speech recognition software, after which the calls went to VDAB employees. In other words, these were calls for which no IVR choice had been made by the customer to determine the customer’s question. Callers had to enter whether they were calling as employers or jobseekers/employees. It was striking that the speech recognition system already scored very high on correct recognition of the question during the first deployment. And equally remarkable was the fact that we received no further comments from customers about this new technology.”

“After three months we found that the system was sufficiently trained. In April 2021, speech routing went live and we also removed the first IVR choice. The system therefore now has to determine independently whether the query is from an employer or a jobseeker. In cases of doubt, the software may ask an additional control question. If the system cannot recognize the question, we route the call to the most broadly trained staff member as standard. Most employees have all-round training, but we use skills-based routing so that we can train employees in a modular way and make use of priorities and queue announcements.”

For many, an IVR is more of a burden than a benefit. But also formulating a short and concise answer to the question “what are you calling about” is a challenge for some people. Verlaan explains: “The majority of our customers call about their own file. In those cases, a name or a national registry number is enough to route the customer to the right employee.”

VDAB therefore had little concern about acceptance, Verlaan explains. “Our attitude was: we are going to try, because we are convinced that voice is part of the future. Of course, correct recognition of the question is an important condition for acceptance. We set the success criterion for the project in advance, that 90% should be recognized – a limit that Telecats itself applies. If the customer had got systematically stuck in the speech recognition, we would have scrapped the project. We have therefore kept the existing IVR.”

Although it became clear during the pilot phase that the technology was well received by customers, we will have to wait for the next customer satisfaction survey for proof of this. However, it is already clear that the number of dropouts – usual in an IVR – has fallen slightly. It also became clear within three weeks of the start that, the number of internal call transfers had decreased by about 20%. “That’s all time during which the customer is waiting to get to the right employee,” says Verlaan. “More often than not, the customer is immediately directed to the right employee. It is also call time – the call charges for the 0800 number are borne by VDAB. The staff are also enthusiastic. They see the spoken question on their screen, which allows them to quickly address the topic in the conversation. As far as I am concerned, you can deem it to be a success when the technology does what it is supposed to do and the customer gets through to the right employee without  any problems.”

“Another objective of VDAB was to show that we as a government body are innovating with new technology. We have not set any very hard targets specifically for this project – we just want to serve the customer well. However, we do have ideas about possible logical next steps. For example, we want to be able to directly route calls intended for the helpdesk – which handles technical problems and questions for all target groups. This currently involves an intermediate step via our customer service. And we also want to expand the 24×7 self-service. This could include a password reset after a check of the personal data or providing information about the opening hours of local branches of VDAB.”

Finally, the cooperation with Telecats has also been very successful, Verlaan emphasizes. Open and transparent communication is essential for VDAB to be able to build up trust. This relationship is particularly important because Flemish organizations are often dependent on the Dutch market, according to Verlaan. “Not only is the Dutch-speaking market in Flanders for this type of technology considerably smaller than the Dutch market, the Netherlands also seems to be a bit more progressive than Flanders in terms of speech technology.”

The Flemish Department for Employment and Vocational Training is a Flemish public service that helps citizens develop their careers and assists employers in filling their vacancies. VDAB does this with correct information and data, and together with partners, to provide a high-quality and innovative offering in guidance, training and workplace learning, aimed at sustainable employment. VDAB works closely with employers; for them VDAB matches candidates to their vacancies based on insights into the specific needs of the various sectors of the labor market.